Home Bedbugs Life span of a bed bug - how long they live without food (food), human blood in an empty apartment

Life span of a bed bug - how long they live without food (food), human blood in an empty apartment 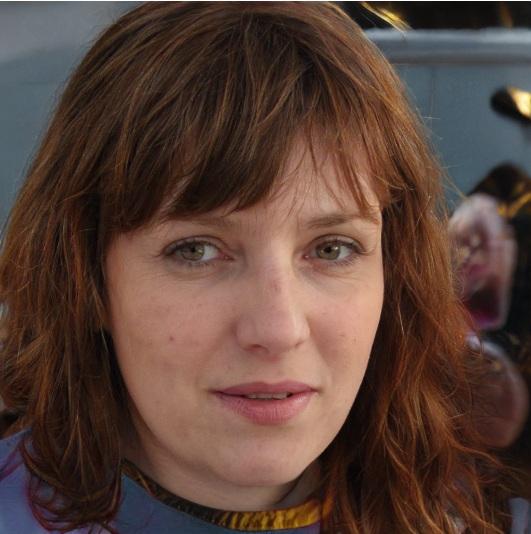 Alice
We live in our own apartment as a family, but recently we decided to move out. The reason is bedbugs. We fought them for quite a long time (used folk remedies, chemicals, in the end we already called exterminators), but nothing helped. Recently we decided to move out for a while so that the parasites without food to die. We decided that two months would be enough. We will return, remove the consequences of their inhabitation, collect the dead specimens, and then continue to live as before this plague.
But plans are one thing; the reality can be very different. When we returned home, just a few days later the bites started to appear again. And I'm sure it's the same parasites, not mosquitoes or fleas, but bedbugs. On the body I find the same paths of red spots as a few months ago. I can't believe I have to go through this hell again. Now I wonder how long bed bugs live without food at room temperature, in an empty apartment without human blood. They can't live forever. I would appreciate an answer.

Opinion of an expert
Irina
Zoology major, Department of Biology, specialization - entomologist. "Be faster than a bedbug, then success will come!"
Bed bugs are very hardy, so you are somewhat right. Compared to many other insects, their lifespan is an eternity. The answer to the question of how long bed bugs live also depends on living conditions. At room temperature, the parasites will exist without food for 2-3 months, the cooler it is at home, the more likely it is that the bed bugs will make themselves known in 1-2 years. They pass into a special state, similar to anabiosis, called diapause, when all vital processes slow down.

Bedding parasites are also called furniture, linen, house, and apartment insects (depending on where the insects were found: on clothing, inside furniture). They have the ability to eat only liquid food, because the oral apparatus is a stabbing-sucking type. Blood enters the body through a protuberance resembling a proboscis. At its end there is a sharp needle which pierces the outer skin.

At rest the proboscis is pressed to the lower part of the body, where nature has provided a notch for this purpose. There are 2 channels inside the proboscis: one of them delivers a substance that anesthetizes the bite, a person feels nothing; the second channel is used to deliver biological fluid to the parasite, and here, with the participation of enzymes, the process of digestion of food begins. The external signs of the bites may vary, depending on the degree of sensitivity:

There is often a red dot in the center, which is the caked blood of a person.

Some people have a reaction to bite in the form of skin hyperemia is absent, and in children, on the contrary, most often the symptoms are more intense.

How long a bed bug lives in the house

On the longevity of existence parasite many factors influence it. For this reason, it is impossible to give a definite answer to the question of how long bed bugs live. The length of the life cycle can be 10-18 months.

Minimal time is given when the parasites live in a hot microclimate, then the development of all processes is accelerated.

Insects survive the longest when they have to go through periods of diapause (similar to anabiosis). But the average lifespan of a bed bug in a house is noted to be 12-14 months. This is how long they can exist under the most suitable conditions.

First of all, the intensity of nutrition has an impact. When furniture bugs regularly receive a sufficient amount of blood, they develop normally. In the absence of food, their developmental delays are noted. While the parasite is in the diapause phase, it neither feeds nor mates. Other parameters affecting the parasites:

How long do bedworm larvae live under normal and extreme conditions

Under normal environmental conditions, the average period of development of a young may be 1.5 months. The warmer the microclimate, the faster the parasites develop. If the air is cool, the duration of the period when the larval body is formed increases to 3 months. These changes occur if the air temperature drops to +20°C and continues to fall. As a result, the bed bug moves into the imago phase much later.

Acceleration of development is noted when it gets hot.The temperature increases to +30°C and continues to increase.

Larva in the middle of this phase or closer to its completion, it turns into a nymph (a young individual that is almost ready to pass to the next phase, the imago). The peculiarities of development of such an insect are the same in both cases. When the temperature increases/decreases, the nymph's organism behaves differently. The duration of insect development at this stage is several weeks.

How long do bed bug embryos develop inside an egg

After mating, the female requires a portion of blood to make a clutch. This helps lay the foundation for the formation of the embryo, the shell of the egg, as the biological fluid contains many beneficial substances. In the female's body eggs are found for 3 to 4 days. Then she lays them in hidden areas. The average duration of offspring development at this stage is 1 week. Larvae appear after 5-6 days when the temperature has increased significantly. If, on the contrary, it became cool, the embryos develop more slowly. Then the larvae emerge from the eggs after 7-17 days.

How long can bedworms exist without food

People are not in their homes all the time. Sometimes they travel, go on business trips, go to friends' sleepovers. Then parasites are deprived of food. It is important to know how long a bed bug lives without food.

This will help you understand if you should expect them to die while the owner is away.

Anabiosis as a means of survival without food

Such a period is called diapause. At this stage the parasite organism forcibly slows down its metabolism, which reduces the need for food. In many pests this period is mandatory and is associated with a decrease in the duration of daylight hours. However, non-obligatory diapause is also noted.

At the same time parasite goes into an anabiosis-like phase, forced when it finds itself in unsuitable conditions, as well as deprived of a food source.

How long do bed bugs live without human blood

The diapause period can last for 1 year. Without human blood Insects remain until there is another food source nearby: an animal, birds. However, indoors at home this probability is low. The parasites enter diapause phase during the second week of starvation. At the same time their body shrinks and becomes even flatter. It can be assumed that the pests have died.

Without food, they remain in this state for a long time, but only until a human appears nearby.

How long can bed bugs live in an empty apartment

When people leave, parasites looking for a way to survive. They are waiting for a warm-blooded creature to appear. However, no one can enter a closed apartment without humans. So, there is nothing left for the insects but to keep their viability at a minimum level to save resources. If the room is habitable, humans will return sooner or later, and after a short period of time. Usually, the starvation period of the bedbug population does not last long in such a case - it lasts 1-3 weeks.

But pests are able to go much longer without food in an empty apartment.

How long can bedworms live after treatment with toxic agents

The final result of disinfestation depends on how thoroughly the spraying was carried out. In addition, the dose of the poisoning agent also plays a role.

The speed at which the poison spreads is also taken into account.

If the method is applied cold or hot The insecticide will cover all surfaces in the first few minutes. After treatment, within a few hours most of the insects are dead. They will not be able to feed because their nervous system is affected. If you wonder how long bed bugs live without food, you should consider that irreversible changes occur in the organism, which also affects the speed of death.

After extermination, some of the parasites will die later, because the dose of poison will not be delivered immediately, but as soon as they get out of the hiding place. After extermination, more insects remain if mistakes have been made. It is normal for bed bugs to appear intermittently for 30 days after spraying the insecticide.

Nature has provided effective protection in the form of immunity, which allows to resist fungi developing on chitinous covers, bacterial infection (infection occurs in the area where tissues are injured during traumatic insemination of the female). The chitinous shell also avoids many troubles. It is strong and rigid.

When the parasite is hungry, it is difficult to crush it.

In addition, the insects it is possible to resist the effects of the poison. Sometimes after treatment with SES preparations insects do not remain without food, continue to pest - bite people, drink blood. This is due to the resistance to poisons of some species. If you often use the same drug, the parasites will stop responding to it.

To understand how long bed bugs live without human blood, you need to know how their bodies are organized and whether there are other food sources. If questions arise while studying the information, you can ask an entomology specialist.

Can bed bugs live without air?

Sofia
Entomologist with 24 years of experience
Ask a question
"These are hardy insects, they adapt well to any conditions. However, to conserve resources, the organism goes into a diapause phase, when minimal oxygen consumption is noted. Completely permanently without air, the insects will not survive."

Does a bedbug need water to live and feed?

Sofia
Entomologist with 24 years of experience
Ask a question
"The parasites have no need for fluids. Their outer covers are well enough hydrated, and bed bugs do not need to drink to stay alive. Insects are able to survive without water. They get liquid food, this satisfies several body needs at once. Among these, the need for moisture is noted".

How long do bed bugs live under ideal living conditions?

Sofia
Entomologist with 24 years of experience
Ask a question
"If we consider the most suitable environmental parameters, the insects will be able to live in such a room for 12 months (1 year). The slightest deviation and the opposite process will occur. The life span of insects will decrease or increase. It is possible to adjust the environmental parameters on your own to influence the pests".

How long do bed bugs hibernate?

Sofia
Entomologist with 24 years of experience
Ask a question
"If food suddenly disappeared, the temperature dropped, the insects go into diapause. It is believed that they do not come out of "hibernation" for a year, but on the condition that no human has ever appeared. Indefinitely parasites cannot live autonomously, they die when the specified period is over".

Extreme conditions under which bed bugs do not survive

The destructive factors for such insects are:

Chemical exposure. Effective remedies for getting rid of

To understand how long bed bugs live without food after treatment, you need to consider the type of poison. Most products are characterized by a prolonged action and retain their properties for several weeks/months. The pests will not be able to survive under such conditions, because sooner or later they will get a dose of poison. Preparations with the highest efficiency:

Methods of influence on adults and their larvae. Influence of temperatures

Consider methods based on the application of the source of heat, cold: