Home Bedbugs Bed bug larvae: what do bed bugs look like, the best tools for exterminating parasites at the initial stage of development

Bed bug larvae: what do bed bugs look like, the best tools for exterminating parasites at the initial stage of development 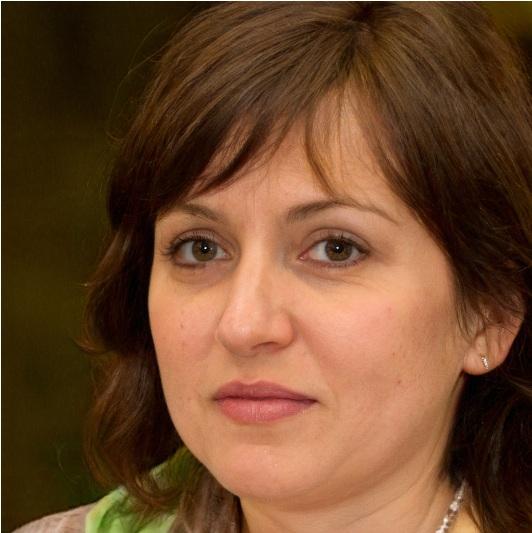 Lily
I have faced bedbugs at home more than once. We used to poison them, and we did it successfully. I know exactly what this parasite looks like, but I only saw it as an adult. We sprayed cold mist, we did not look into all the cracks, so I did not meet the offspring of these insects. But recently in the apartment appeared very small bugs - they are transparent, the body is reddish, and the head is yellow. Somewhat similar to bedbugs, but there are differences (shape and size, color). So far I can't figure out which one we have, so it's hard to find a remedy.
If they are bed bug larvae, how do I know for sure. Spotted a few by accident on the frame of my bed, they did not have time to hide, I quickly slapped with my slipper. The only thing that speaks in favor of this opinion is the bites - they are identical to those left by parasites. No adult insects to be found, I looked very carefully. Tell me about the peculiarities of the offspring of bed bugs, please. Respectfully, Lilya.

Opinion of an expert
Irina
Zoology major, Department of Biology, specialization - entomologist. "Be faster than a bedbug, then success will come!"
It is difficult to judge whether you have actually seen small specimens of pet parasites without seeing the insects themselves. But the general description suggests that you are right. Let's sort out what bed bug larvae look like. They are small insects whose body length varies from 1 to 5 mm during their lives. Growth occurs as they feed - larvae also bite people, hence the marks on your body. The color is light - closer to a yellowish, light brown shade, but after eating bed bugs become red, the head does not change color. It is easier to fight the parasites at the initial stage of development than the sexually mature adults, because they have a thin chitin that is less resistant to chemicals.

In my material below, you will learn how to find bed bug larvae, distinguish them from the larvae of other insects, and eradicate them permanently.
Article content expand
1 Appearance of house bug larvae. Photo of larvae of sofa, furniture, apartment, linen, bed bugs
2 Nutrition and typical habitats of bed bug larvae
3 Developmental stages from egg to adult bed bug
4 How to distinguish the larvae of bed bugs from those of other insects. How not to confuse with ants, fleas, ticks, and cockroaches
5 Favorable and unfavorable conditions
6 Question and answer section
6.1 Do bedbug larvae bite humans?
6.2 How many larvae does a bedbug lay?
6.3 At what temperature do bedbug larvae die?
6.4 How long does a bedbug larva live?
6.5 What does a bedbug larva bite look like?
6.6 How long do bed bug larvae live without food?
7 Video clip (video + photo): bed bug larvae emerging from the egg, how to get rid of it once and for all
8 How to reliably get rid of bed bugs, including their larvae and eggs - ways to affect the insects and their offspring
9 Effective strong remedies to get rid of bed bug larvae
10 Folk analogues of the effect on insects
11 Street bugs and their larvae
12 Feedback on the encounter with maggots
13 Expert tips
14 Conclusion

Young individuals of blood-sucking insects are called differently. But all the definitions (furniture, linen, couch, apartment) refer to the same type of insects - bed bugs. Popularly, they are called so, given the habitat of the pests found. The larvae of bed bugs look almost the same as the adults of this species:

There are also a number of differences between juveniles and adults. To fully form an idea of what bed bug larvae look like, you need to consider the differences as well:

Like sexually mature insects, the young require blood to feed. As soon as they emerge from the eggs, they must immediately receive a portion of food. This is the main prerequisite for development parasites. They will not be able to move on to the next stage of formation if they do not receive a portion of food in time. The frequency of feeding of such insects is once every few days.

Moulting occurs immediately after receiving a portion of blood.

Young individuals bite harder than adults. This is due to the not fully developed body: larvae do not yet have the ability to anesthetize the skin puncture site, as adults do. For this reason, they bite more painfully and the unpleasant sensations appear immediately, not after several hours, as after the attack of adults.

The young individuals near humans (their sleeping place) because they move more slowly than adults. It takes them longer to reach the food source at night.

Larvae bedbugs are found in parasite nests, they quietly coexist with sexually mature individuals: inside couches, beds, under baseboards, inside sockets, behind paintings, in books and other places.

There are several main stages:

The larval cycle includes five stages of molting. This is a natural process of changing appearance and acquiring new body functions. At each of the stages the nymph grows. A developmental jump provides the possibility of an increase of 0.5 mm (average).

Considering that during these stages the appearance of the parasite remains almost the same (except for size and coloration), one can easily imagine what the offspring of bed bugs look like at each stage.

How to distinguish the larvae of bed bugs from those of other insects. How not to confuse with ants, fleas, ticks, and cockroaches

Other insects can also live in the apartment. Among them the most common are: fleas, ants, cockroaches. Mites also attack people, but they are brought in on the body from the street, but these parasites stay longer on the outside. In comparison, bedbugs leave the host immediately after an attack. External signs of different insects to distinguish their offspring from the bedbug larvae:

Domestic parasites prefer comfortable conditions. Nature provides for the possibility of normal development and survival when certain values of environmental parameters are maintained:

Adult bedbug larvae, like those that have just emerged from eggs, cannot normally exist without food. When insects do not receive blood for a long time, they enter the diapause phase, when the organism does not develop.

As a result, the juveniles do not reach the imago stage.

To understand the best way to deal with house bug larvae, you need to learn more information. If questions arise. You can ask them to a specialist on the website. An entomologist with 19 years of experience answers your questions.

Sofia
Specialist entomologist, work experience - 13 years:
Ask a question
"Domestic parasites attack humans at different stages of development: larvae, nymphs, adults. Young ones need food for development, and adults need food for normal existence and reproduction. Only eggs are not dangerous, and only temporarily, since young animals hatch from them in great numbers (if the clutch is large). They cause more discomfort because they don't inject a substance that temporarily eliminates pain.

How many larvae does a bedbug lay?

Sofia
Specialist entomologist, work experience - 13 years:
Ask a question
"Insects of this species can lay up to 12-19 eggs per day. From each one a larva emerges. This number varies, depending on the quality of the female's diet. Over her lifetime, she can lay several hundred eggs. The average lifespan of a bedbug is 10-12 months.

At what temperature do bedbug larvae die?

Sofia
Specialist entomologist, work experience - 13 years:
Ask a question
"Domestic parasites die when the temperature rises to +45°C. However, death does not occur instantly. Larvae can be destroyed in 45-60 minutes or even less in this way, because they are more exposed to negative external factors, so they often die faster.

How long does a bedbug larva live?

Sofia
Specialist entomologist, work experience - 13 years:
Ask a question
"It would be correct to answer this question considering the length of the developmental period of a young animal from the time it emerges from the egg until it reaches the imago stage, because after that the bedbug continues to exist as a sexually mature specimen. This is usually the period of several weeks. Then they live on, they don't die, they just move on to the next stage.

Sofia
Specialist entomologist, work experience - 13 years:
Ask a question
"Outwardly, the signs when attacked by an adult and a young are similar: red spots of different diameters (depending on the body's reaction) on the skin, itching, pain. Moreover, these symptoms are a consequence of the introduction of saliva of the parasite. Itching after a larva bite is felt almost immediately, by comparison, when an imago attacks, this symptom occurs after several hours.

How long do bed bug larvae live without food?

Sofia
Specialist entomologist, work experience - 13 years:
Ask a question
"Young individuals do not move on to the next phase of development unless they receive a portion of blood. However, they do not die, but rather fall into an anabiosis-like state (diapause). Bed bugs are capable of remaining viable for many months.

Video clip (video + photo): bed bug larvae emerging from the egg, how to get rid of it once and for all

How to reliably get rid of bed bugs, including their larvae and eggs - ways to affect the insects and their offspring

It should be understood that you can get rid of bed bugs quickly by temperature exposure only in conditions where the temperature reaches extreme values.

Intermediates also have a devastating effect on parasites, but it takes some time to achieve the desired result: from a few hours to 1-3 days.

Mechanical methods do not guarantee complete destruction of the colony, because the chitinous covers and the shell of the eggs protect the offspring from damage. Folk remedies also do not always kill larvae and eggs. The death of the offspring occurs only if they come into contact with a large amount of a poisonous substance.

Effective strong remedies to get rid of bed bug larvae

Household insecticides are a reliable way to control parasites. Even if non-ovicidal preparations are used, the offspring will not live long anyway. Death occurs after emergence from the eggs, as the young come into contact with the insecticide that was previously sprayed over surfaces. Bed bug killing agents:

Folk analogues of the effect on insects

If you flood the nest with one of the following substances, the insects at any stage of development will not survive:

Street bugs and their larvae

Feedback on the encounter with maggots

Irene, 34
I have seen bedbug larvae on clothes that are stored in the couch. Before that, I didn't associate the bites with these insects. I thought it was mosquitoes biting at night. It turned out that we had bedbugs. They were small (2-3 mm), red, and later I learned that it was because of blood, and usually they were brownish in color.
Sarah, 41
We often get garden bugs in our house. I sometimes see similar insects, but a different shade. I never thought that the