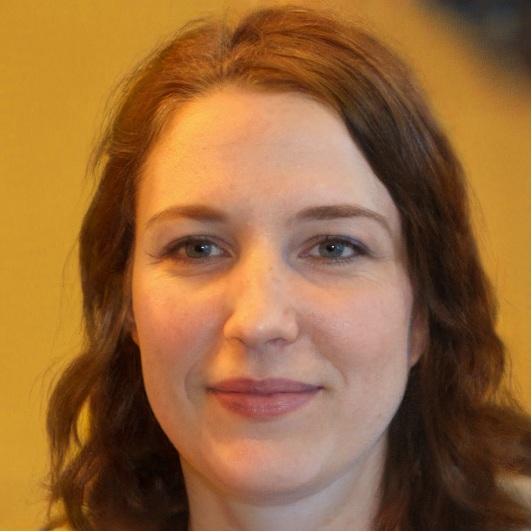 Veronica
I have had a thing since childhood - I am afraid of flying insects at home ("thanks" to the neighborhood kids for scaring me). If in the open space they do not scare me, then at home I panic, begin to react inadequately. It's an uncontrollable reaction, after the attack is over I'm a little embarrassed if anyone has witnessed such a thing. I have almost learned how to avoid insects at home: there are mosquito nets on the windows and doors, and mesh on the ventilation grilles. The cracks in the facade cladding have been removed, thanks to my husband. The last few years have been peaceful for me.
But recently someone from the guests brought bedbugs with them. Now I can't eat, I don't sleep well, in a word, I'm afraid, because I heard that bedbugs fly. And they look intimidating, very unpleasant: red-brown body, like dirty, there is a proboscis. My husband sent me to my in-laws for a couple of days while he processes the apartment. But I realize that the fear at the thought of flying bed bugs now follows me everywhere. Please tell me if these insects can really fly. And if so, how to get rid of them faster. I will pass on your advice to my husband, thank you.

Opinion of an expert
Irina
Zoology major, Department of Biology, specialization - entomologist. "Be faster than a bedbug, then success will come!"
I will hasten to allay your fears by telling you if bed bugs have wings. No, these pests cannot fly in the air, they are not even able to jump. This is explained by their body structure - bed bugs have no wings. These insects crawl, and rather slowly. I'm sure that if you have to flee when you see a bedbug, you will make a confident leap forward. In comparison, garden pests fly quite well and can overcome a distance of up to 200 km. Aquatic insects more often jump, but among them there are those that fly. In your home, you can get rid of bed bugs with preparations - this is the fastest way to control them. But find ways for the pests to get in, or the same problem will soon appear again.

In my material below, you will learn exactly which species of bed bugs can fly, or jump, and which definitely cannot.
Article content expand
1 Are there bed bugs with wings, flying bugs. Photo
2 Are flying bugs dangerous to humans
3 Bugs that don't fly
3.1 Home
3.2 White
3.3 Chimneys or swallows
4 Jumping bedbugs
5 How to fight flying and non-flying bed bugs
5.1 How to exterminate bed bugs: folk methods
5.2 Chemicals
6 Video tip (video): street flying bugs
7 Question and answer section
7.1 Are house bugs flying?
7.2 What movements are characteristic of bed bugs? Variety of movements
8 Reviews
9 Expert advice
10 Conclusion

Are there bed bugs with wings, flying bugs. Photo

There is a large number of types. There is a wide variety of species among them. The answer to the question whether they fly bedbugspositive - many species can move through the air. They have wings for this purpose. And some are able to fly long distances, while others can only fly short distances. It depends on the structure of wings: they must be well developed. Flying. Bedbugs include:

Are flying bugs dangerous to humans

Such Insects can move quickly and over considerable distances. In addition, some of them attack humans. The presence of wings makes pests more dangerous, because the risk of encountering insects anywhere increases. Certain species of pests bite, provoke the development of allergiesThe bites are not only a symptom, but also an inflammatory process in the areas where the bites were made.

However, if you do not come into contact with a bedbug, it will not attack. The exception to this is the triatomine species, which feed on the blood of warm-blooded creatures.

On evolution pests affected by habitat conditions. If bedbugs fly, it is a consequence of the need to spread in wildlife. In this way, insects can move to obtain new sources of food, as plants die quickly after bedbug infestations. Then they find new fields.

If. pests If they were only crawling, they would not have had the energy to find another place to live - they simply would not have crawled. This is due to the fact that due to the peculiarities of the structure of the body note the low speed of movement, so there was a need for alternative ways of movement. If you wonder whether bed bugs fly or not, you need to consider the effect of home conditions on the development of the pest. For bed bugs parasites flying is not necessary, because they are constantly at home, where they get their food and mate. They do not need to fly. This led to the gradual reduction of the wings.

There are species of pests that are not able to move through the air, they originally have underdeveloped wings or they are absent. Non-flying pests include bedworms, soldier bugs, etc.

Another name is. bed bugs. They live in people's homes and feed on blood. They usually attack humans; animals are attacked less frequently. Body length is up to 8 mm (female), males are smaller (up to 6 mm). Outer coat is brown, shell is rigid, so it is difficult to kill the parasite in a hungry state - the body is hard. Bedbugs of this species are unable to fly. Many people believe that parasites jump, but they don't. They can only crawl. Insects' bodies are not adapted to jump.

If a bedbug falls on a person from above, it only means that it has crawled onto the ceiling, since other ways of accessing the food source are closed, for example, the bed legs are placed in a container of liquid in the process of fighting

They live close to humans, but prefer to attack bats. For this reason, they are most often found in the attics of human dwellings. Insects are characterized by the white color of their outer covers. Another external sign is the presence of hairs on the body. People are attacked by such pests in the absence of the main source of food, as well as in the case when a person himself is in the field of view of this insect. White and bed bug very similar, the difference is in color and body size.

It is the last of the existing species among those that are found near humans. Most of these insects are found in the European part of the Russian Federation. They received their name because they parasitize on swallows and live in the nests of these birds.

The pests are inferior in body size to their bedfellows (up to 2.6 mm).

Some pests can't fly, but they are good at jumping, so they get their own food, flee from natural enemies. Others are able to fly and jump. Some of the bedbug species are able to move in this unusual way:

The first of them were considered above, it is necessary to learn about the peculiarities of coastal jumpers. The official name is coastal jumpers, salsas. They got their name because they live near the shoreline. In addition, these insects are capable of jumping. The body size varies from 2 to 8 mm, the outer covers are rigid.

The shorebirds can live in fresh and salt water, they feed on invertebrates, including carrion.

How to fight flying and non-flying bed bugs

Recommendations for destroying and repelling representatives of different types of insects are the same:

Such methods are more suitable for deterrence. Strongly smelling substances have a negative effect on parasites, do not allow them to freely navigate in space, transmit signals to their fellows. Insects can not dwell for a long time under such conditions, they either leave the room in search of a new home, or stay for a while, but they will not stay long anyway. Recipes:

Street pests, like house pests, are afraid of insecticides. To prevent either type of insect from getting into a person's home, treat surfaces with chemicals. Some of the most effective ones include:

Use also "Dichlofos.", "Carbofos." and others - any insecticidal aerosol will do, which will kill bed bugs.

In order to increase the effectiveness of bed bug control products, any specifics should be taken into account. For example, it is important to remember to change insecticides regularly so that the insects do not develop resistance to them.

Sofia
Entomologist with 24 years of experience
Ask a question
"No, members of this insect species do not have the ability to fly, otherwise they would cause even more trouble for humans. They don't have full-fledged wings, so they have to move around on surfaces.

What movements are characteristic of bed bugs? Variety of movements

Sofia
Entomologist with 24 years of experience
Ask a question
"Domestic pests crawl, they don't make jerks. Their mode of movement is traditional for most insects. However, their speed is slower than that of many other species. Bed bugs that can fly often also crawl, but they do so faster. Floating specimens tend to have long legs, which allows them to move through the water in spurts-the pests push off the surface of the water and move forward rapidly. There are also bed bugs that jump. Most of these species have long limbs that make it easier to move.

Sarah, 28
I was once bitten by a water bug, and I didn't see it, I noticed it after it attacked me. It happened quickly, I could not prevent it. But the pain was severe, since then I am afraid of natural bodies of water, I swim in the pool.
Veronica, 34
I saw a bedbug once - I suddenly turned on the light at home. I was so scared, I thought it was going to bite me. But it barely crawled, and I managed to catch it and kill it. Now I know that these insects do not fly, and there are all kinds of legends about them.
Anna, 32 years old
I never realized that house bugs were so slow. They bite at night, so I didn't know about their movements. I thought they were like cockroaches, with one foot here and one foot there. But thanks to such slowness, I was able to destroy the parasites, and I crushed most of them - I found the nest.